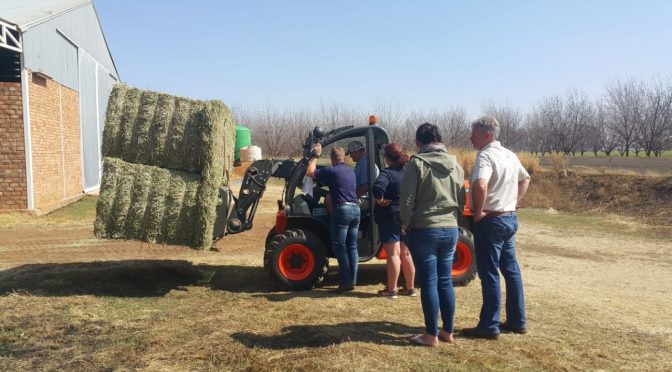 The versatility of the machine was a major factor behind Grobbelaar Boerdery’s recent purchase of the AUSA T 204 H telehandler from Danlou Agri Hartswater, the authorised distributor of Smith Power Equipment, AUSA’s southern African dealer.

Having previously used tractors and an old, big telehandler to load bales at the farm, Grobbelaar Boerdery – a specialist in the farming of lurcene and pecanuts – recently went into the market for a telehandler. From the onset, Mareli Grobbelaar was quite clear on a preferred piece of machine – she wanted a versatile telehandler that could multi-task and be deployed across several applications around the farm, apart from the usual loading of lurcene bales.

END_OF_DOCUMENT_TOKEN_TO_BE_REPLACED 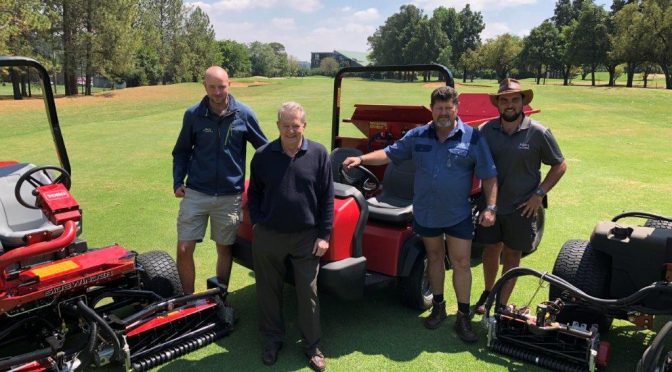 A fleet of three Toro machines has provided a breath of fresh air for Randpark Golf Club, especially the new Workman HDX with a Pro Pass Top Dresser which has ushered in a new level of efficiency as far as topdressing of the greens is concerned.

Randpark Golf Club has taken delivery of three Toro machines from local supplier, Smith Power Equipment, as part of a fleet replacement programme. The order comprises a Reelmaster 5510-D fairway mower, a Reelmaster 3100-D semi-rough mower and a Workman HDX with a Pro Pass Top Dresser. The new range is offering new capabilities at the legendary Johannesburg-based golf club which has played host to some major tournaments, and more recently the Joburg Open.

END_OF_DOCUMENT_TOKEN_TO_BE_REPLACED 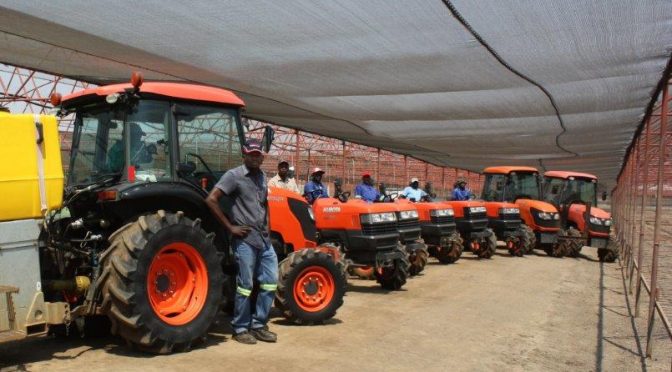