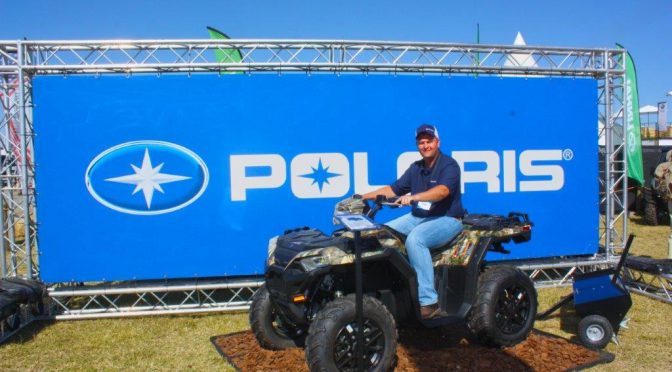 Owing to the improved gearboxes and motors in the new Linhai and Polaris ranges of quad bikes and all-terrain vehicle (ATV) Rangers, engine and gearbox services for both are required only after 100 hrs of use as opposed to the run in time service of 50 hrs.

Being distributed in South Africa through equipment supplier Smith Power Equipment (SPE), the quads and the ATV rangers are used for robust tasks, such as working in off-road conditions that can be muddy, uneven or traversing up and down hills, explains SPE Polaris and Linhai product range national sales manager Mark Chittenden.

“This is the reason why most of the ATV rangers use four-wheel drives systems that have high and low settings on their gearboxes.”

Chittenden notes that two-wheel-drive quads are available from Linhai – the Linhai Rustler 260 quad, which is used for basic tasks on farms and game farms where the conditions are not extremely difficult to traverse and there are pre-existing dirt roads for the quads on which to operate.

He explains that the quad has a 257cc engine that uses an automatic continuously variable transmission (CVT) gearbox that drives the two rear wheels and has a 13 ℓ petrol tank. The engine and gearbox combined enable the quad to carry 150 kg, with a towing capacity of 100 kg.

Chittenden says the Polaris Ranger series uses a four-wheel-drive system and is used by farmers to tend to fields, or for hunting, game drives, transporting equipment to remote locations or anti-poaching operations where no pre-existing roads exist.

The Polaris ATV Rangers are available in 567 cc petrol engine to a 900 cc petrol engine with an additional 1028 cc diesel engine, all of which use automatic gearbox systems that can be adjusted to a high- or low-range setting. The ranger can be fitted with a two-seater cabin that allows for extra storage space or a four-seater configuration.

overcome different kinds of terrain. The high-range settings allow for more speed, while the low-range setting provides more power for the four-wheel-drive system,” he explains.

Moreover, Chittenden mentions that one of the biggest challenges SPE and other has had to deal with in supplying these ranges locally, has been to provide a good amount of after-sales service for clients because of the remote locations that the quad bikes and ATV’s are used in.

However, with 45 dealers throughout South Africa, the company has been able to overcome the challenge by providing remote support from the nearest branch and provides full services at any of the dealers, he concludes.